When the spatial wavelengths of the structure to be analyzed consists of spatial structure finer spaced that the S_Filter Cutoff and spatial structure with coarser spaced features than the L-Filter cutoff, the filter is referred to as a Notch Filter.

The figure below demonstrates that with a Notch Filter, features such as the isolated wider peaked regions (circled in the images) and moderate spatial structure lengths between the dominant mountain/valley features are eliminated. 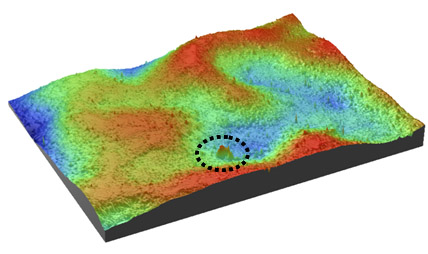 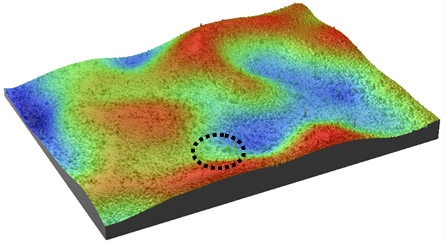