A “peak” is defined as occurring each time the roughness profile crosses a lower threshold then an upper threshold, consecutively. The thresholds are intended to limit the peak count to “substantial peaks” in order to reduce the effect of noisy pixels and produce more stable parameters. 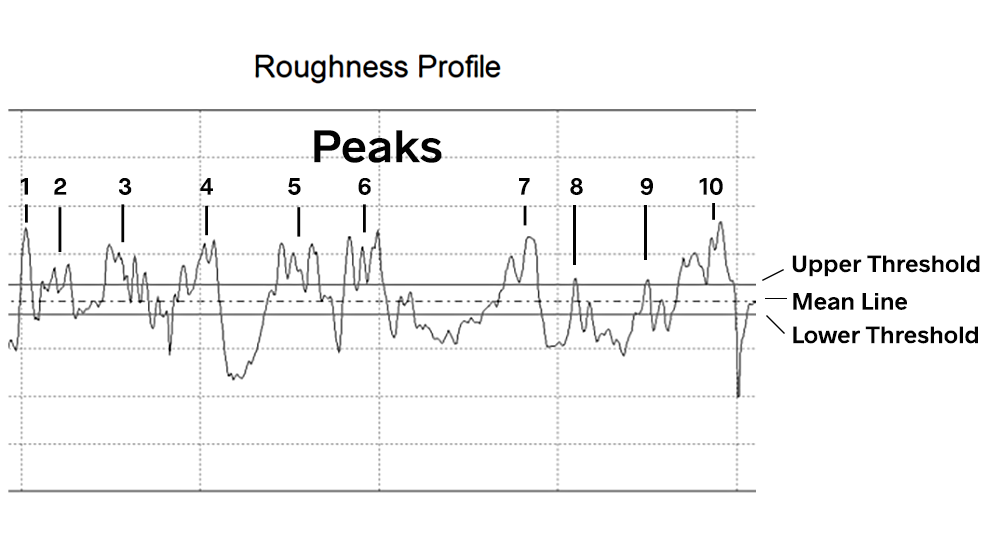 Some specifications require particular threshold values, though typically the thresholds can be set to the values that make sense for the application. One common option is to set the thresholds at the mean height ±Ra (average roughness), as shown below. 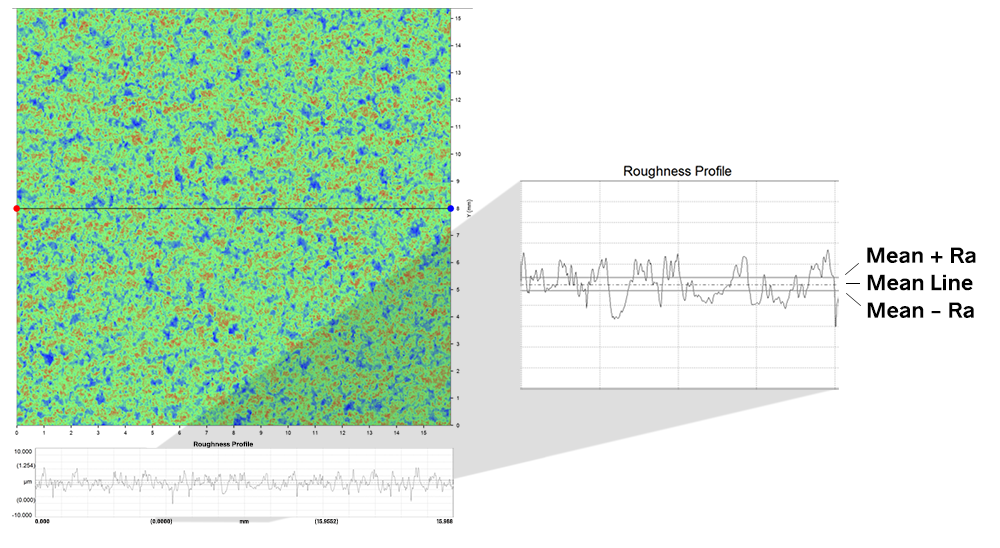 In some cases, combining Rz with RPc data will yield additional information about the spacing and depth of dominant surface features that may affect the function of a component.

Rpc parameters may be useful to optimize the surface texture when the surface will be coated, or when fluid leakage/retention are of issue. Some applications are:

Where fluid flows through seals, a higher peak density means narrower spacing between peaks, which can lead to a better seal. A surface with a high peak density perpendicular to the direction of flow, therefore, may provide a better seal.

Rpc relates to the appearance of paint finishes, particularly in the automotive industry. To characterize paint appearance, we first filter the texture into spatial wavelength bands. We can then look at the peak counts within those bands. Peaks tend to scatter light, and a greater number of peaks in each particular will affect the appearance differently. A high peak count at smaller spatial wavelengths, for example, may lead to a hazy appearance, while a higher peak count at longer wavelengths may be indicative of a wavy finish exhibiting “orange peel.”

The examples below show two painted surfaces that met an overall Average Roughness spec but appeared very different. The Ra values are very similar; however, the Rpc values in the 25 µm–2.5 mm spatial wavelength band proved to be very different and showed why the two surfaces varied in appearance. 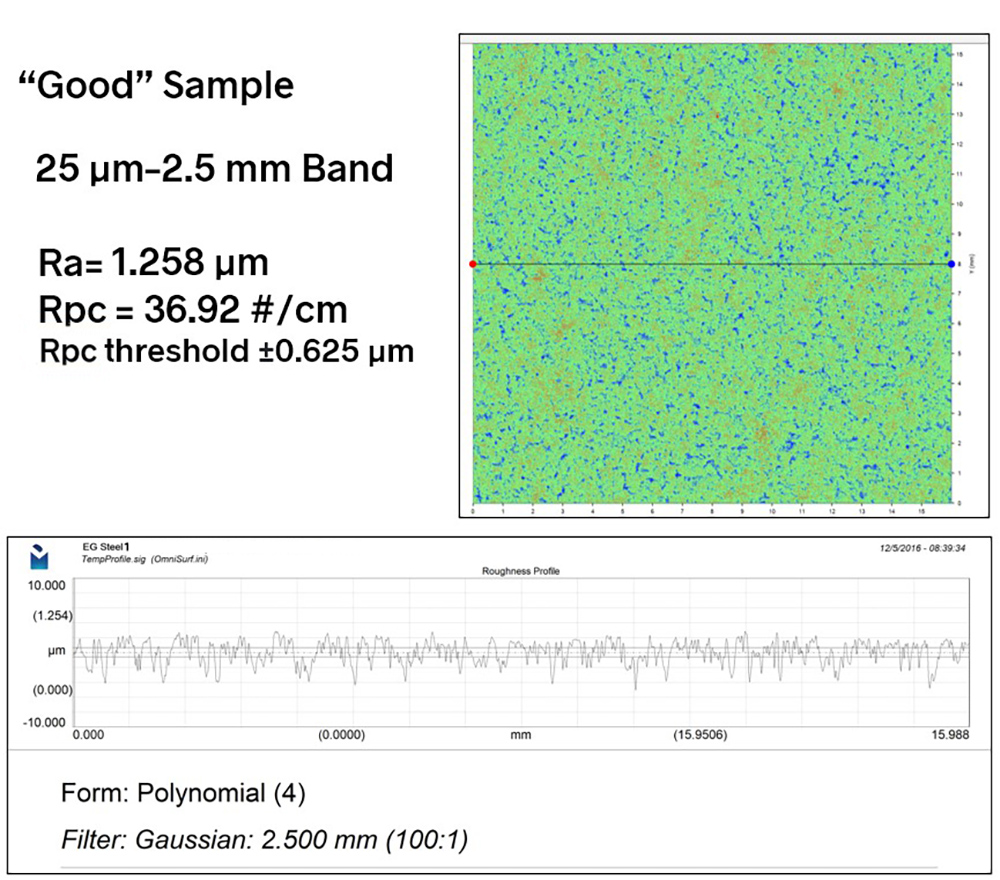 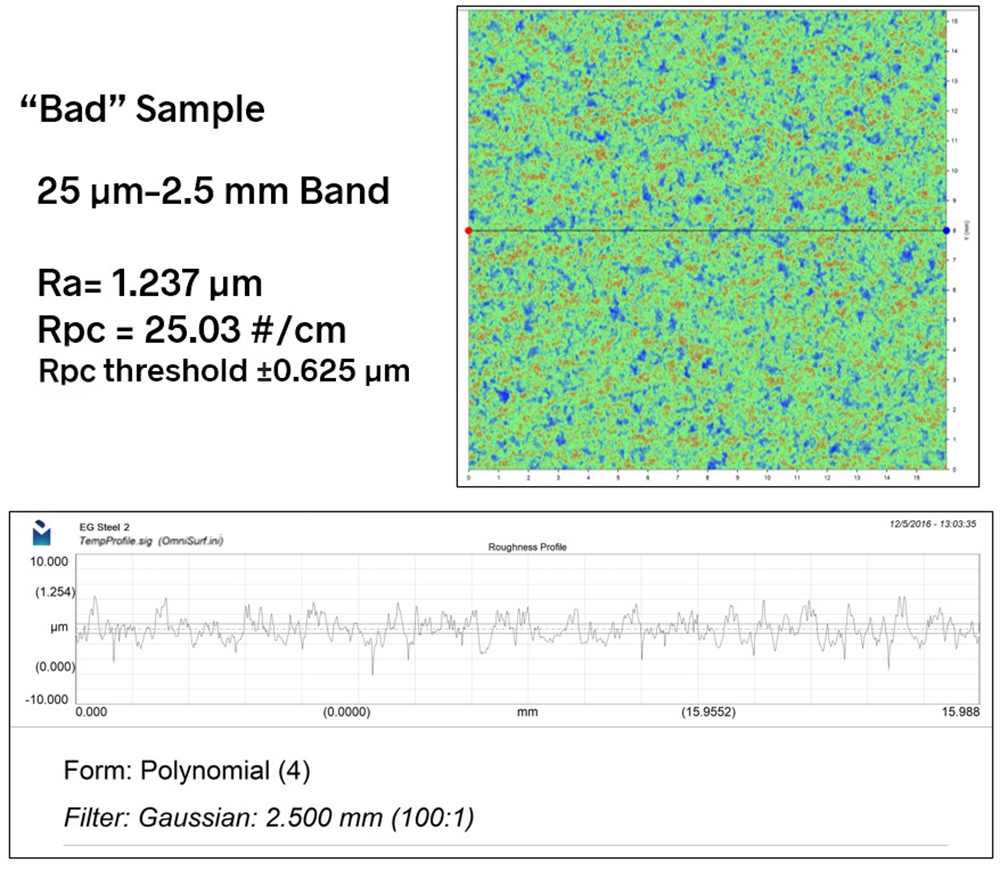