The S-Filter and L-Filter are characterized by cutoff lengths: 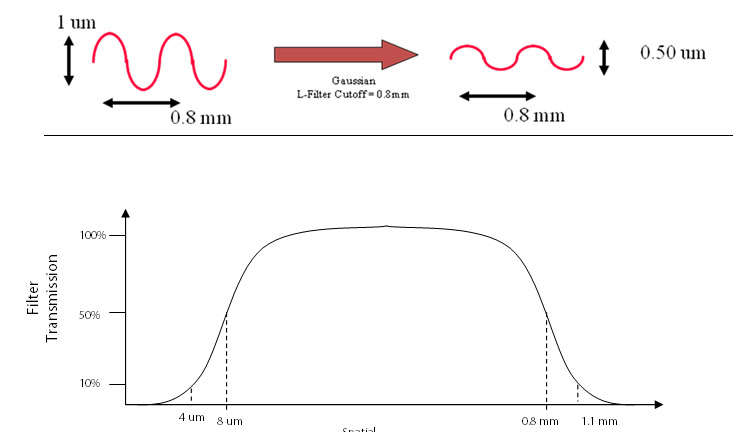 Transmission characteristics of a Gaussian filter with a S-Filter Cutoff of 8 um and a L-Filter cutoff of 0.8 mm